Edinburgh! The city of festivals, castles and ghost stories galore. While many tourists will solely focus on the historic Royal Mile, infamous Cowgate or the beautiful Georgian New Town; there are plenty of other spots to check out. And the best way to get there? By bike of course! For you see Edinburgh has over 75 km of cycling tracks crisscrossing the city and we’ve explored (almost) all of them. Check out out best tips on what to see from the saddle of your trusty Just Eat Cycles bike the next time you’re in Auld Reekie. Let’s see how you can cycle Edinburgh! 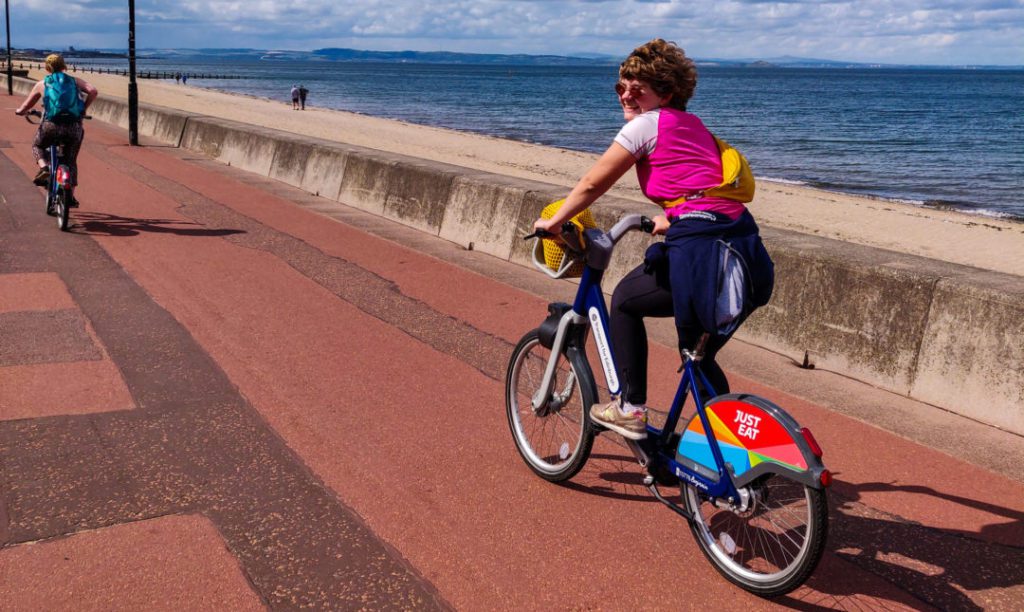 Getting yourself a bike

Don’t worry about packing your trusty bike, Just Eat Cycles has you covered. Edinburgh is not the first city to adopt the newest trend in urban transportation, but it is one of the most affordable we’ve come across. For just £3 you can hire a bike from over 40 different bike stations (and growing) all over the city. Just download their app and find your closest station to start your adventure!

Grab your bike at the station right outside the Mercure Edinburgh Haymarket and head south to Edinburgh Quay to join the Union Canal. The Union Canal runs from Edinburgh to Glasgow, but getting to Murrayfield will do for today. Follow the Canal for around 25 minutes and you’ll suddenly find yourself on a Viaduct with a small river running below you. Hop off the bikes and take them down the path onto the river below for a relaxing ride up the Water of Leith. This winding, quiet path eventually emerges from the riverside and you can then follow the brown signs for the Water of Leith footpath until you eventually arrive at the home of Scottish Rugby: Murrayfield. There’s a spot to dock the bikes just a few meters off the main cycle path. Make sure to lock the bikes properly to avoid being charged extra! 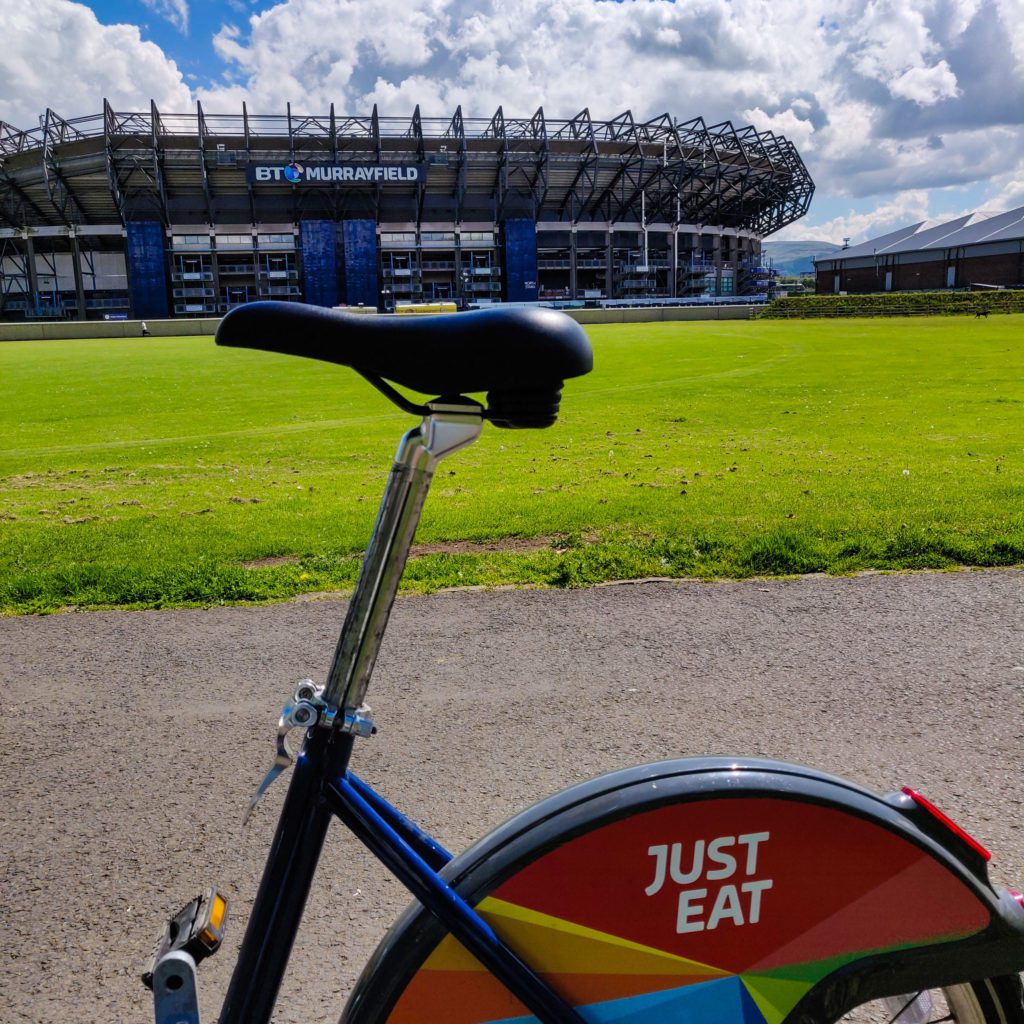 Cramond Island is a tidal island about one mile offshore in the Firth of the Forth and if you get your timing right you’ll be able to walk out to it. During World War II a causeway was constructed as an Anti-Boat Bomb and nowadays it’s safe during low tide to walk out and explore the island (just make sure to head back in time, or you’ll be spending 6 hours extra on the island). To get there from Murrayfield, simply follow the National Cycle Route 1 and the signs towards Cramond from Russell Road. The route takes around 45 minutes and at the end, you can have a well-deserved beer at The Cramond Inn (just 10 metres from the docking point).

If you don’t fancy a ride to Cramond, then stick to the Water of Leith footpath and follow it into the up-and-coming suburb of Leith. Once the industrial centre of the city, Leith now plays host to some of the city’s best restaurants and bars (including 2 Michelin Star Restaurants). The path is easy, but it may be tricky in muddy conditions and may require you to dismount for pedestrians occasionally. Head there on the weekend and pop into The Pitt Market, a street food market filled with delicious food, great beer and funky tunes all housed in an old warehouse.

The Innocent Railway is a disused railway line that has now become one of Edinburgh’s most interesting cycling spots. Called the Innocent Railway due to how safe it was in comparison to railways built at the same time, it has since become the easiest way to get from Edinburgh city centre to Portobello Beach.

Pick up your bike at Pollock Halls or the Royal Commonwealth Pool before heading around the corner and underground through a 520-metre tunnel under the slopes of Arthur’s Seat. Follow the signs for the National Cycle Network Route 1 (a bike with a 1 next to it), wheel your bike over a train line via a bridge and then follow the Brunstane Burn path to get to Portobello. Alternatively, you could head there on the roads through the suburbs by turning left on Brunstane Road South just after the railway, which takes you directly into the suburb of Portobello. Head north-west up the promenade and you’ll be able to dock your bike.

With over 75 km of cycle tracks, there’s more than enough to keep you busy on a bike in Edinburgh! So get out and explore and let us know if you find any other routes we should try.

If you need somewhere to stay in the city, then check out our 3 Edinburgh Hostels located in the historic Old Town. With multiple room sizes, great staff, nightly activities and great hostel discounts; you won’t find better value accommodation in Edinburgh!

Check out the Route Maps Below